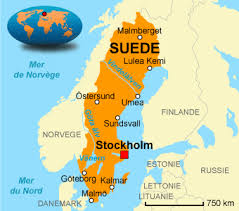 The Swedish general election on 14 September was far from a landslide victory for the left. The result for the Social Democrats was comparatively poor, with a mere 31 per cent of votes. Nevertheless, the party was able to form a government together with the Green Party, which got seven per cent.  The Left Party, with six per cent of votes, was given the cold shoulder, in order to open up for future collaboration with the centre-right parties.

The Social Democrats were in a position to form a minority government with the Green Party merely because the four centre-right parties who were in power for the past eight years did badly in the election.  Together, these four lost more than one in five voters. Their support is at its lowest since Sweden introduced universal suffrage; in total, the centre-right parties won 39 per cent of votes.  The biggest loser was the Moderate Party, with only 23 per cent, compared to 30 per cent in the 2010 election. Voters demonstrated in no uncertain terms that they did not like the government’s policies, which have, among other things, downsized the Swedish Model that rests on a high degree of equality and a high standard of welfare.

Although the change in government was good news to many Swedes, few were overjoyed by the election result, since the Sweden Democrats were the biggest winners in the election, gaining enough votes to make them the third-largest party in parliament.

The Sweden Democrats (SD), formed in 1988, sprang from the neo-Nazi and racist movement. At the top of its agenda is reduced immigration. In 2010, SD made it into parliament, to much dismay. Since then, the other parliamentary parties have had a pronounced strategy to deny SD any political influence. This strategy is still in place.

The question that arises after the election this autumn is how SD could grow to such an extent. In the 2010 election, they got 6 per cent, compared to 13 per cent this year. That is more than double the votes. It is, however, important to differentiate between those who vote for SD and those who represent the party. To call their voters racists is a hasty conclusion, even if SD representatives are frequently revealed to be so.  We can be fairly certain that many of those who vote for SD are struggling to make ends meet. They have accepted SD’s view that Sweden’s refugee policy is too expensive. In light of their own difficult economic situation, these voters feel that tax money should be used for things that they themselves would benefit from.

A slight consolation is that SD has not been more successful among members of the Swedish Trade Union Confederation (LO) compared to the population in general. According to election polls, 11 per cent of LO members voted for SD, compared to 51 per cent of LO members who voted for the Social Democrats. This is heartening news, since it indicates that the downward trend since 2002 has been broken. One explanation is that LO, for the first time, launched its own election platform, highlighting the three issues that are most important to its members: full employment, better working conditions and a welfare system worth its name.

The big challenge facing the newly-elected government is to address the inequality that grew during the conservative government.  The turn to the left was not strong enough, however, to support the implementation of traditional left policies. Agreements across the left-right party divide will be necessary. The task facing the Social Democrats is not an easy one if the party wants to live up to its election motto: “Together we will create a future. For everyone.” If too much effort is devoted to maintaining the previous conservative government’s policies, voters may pass a very harsh verdict in four years. This was certainly the unequivocal message in this autumn’s election.